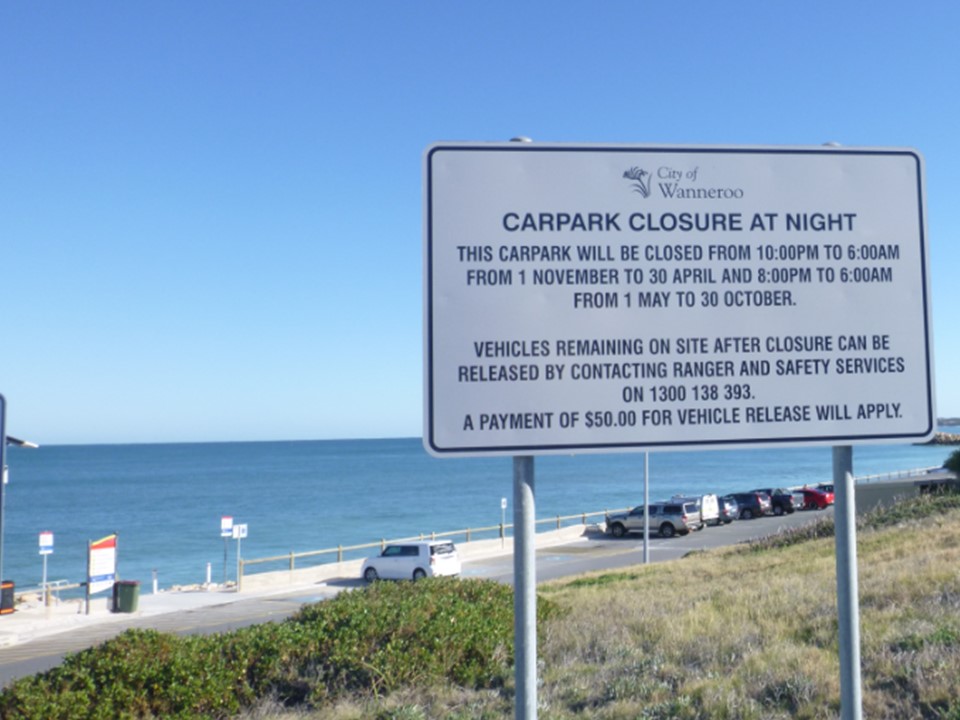 Following community feedback regarding anti-social behaviour in the Frederick Stubbs Car park in 2003, the City resolved to set opening and closing times of the gates at the car park.

The times set were 10pm during summer and 8pm in winter, to help reduce any undesirable activities.

Consultation is now open to gauge community appetite on the closing time of the gates at the Frederick Stubbs car park from 10pm in the summer months to 8pm.

The City is seeking feedback from residents regarding proposed closing times of the gates at the Frederick Stubbs car park.  Since 2003, to resolve the anti-social behaviour concerns, the gate closing times have been 10pm during summer and 8pm in winter.

Have your say if you think the gates should be closed at 8pm all year round.

If you have any queries, then please contact the City's Community Safety team on the contact details provided below.