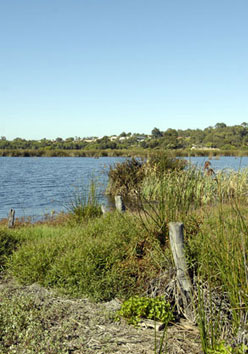 Aboriginal and Torres Strait Islander people have lived in Australia for more than 60,000 years.

The City of Wanneroo is within 'Noongar Country', in the south west of Western Australia, from Esperance to Jurien Bay, and contains 14 different language groups.

Two Noongar language groups, the Whadjuk and Yued people, lived and shared cultural areas in the northern parts of the City of Wanneroo for traditions and customs. This region was part of Mooro Country, the district of an important Whadjuk Noongar elder and leader Yellagonga.

Water was vital for Yellagonga's group for their survival and spiritual connections. This made Wanneroo, with the abundant food sourced on the shores of its lakes, an important environment for local Whadjuk Noongar families. They moved around the coastal sand-plain according to the six Noongar seasons, hunting and gathering as they went. Their deep understanding of the land and climate allowed them to live well on animals, fish, insects and plants.