Most of vegetation in Gumblossom Reserve consists of Mixed shrubland and heathland over shallow soils and limestone of the Quindalup Dune System of the Swan Coastal Plain. Some of the more conspicuous plants in this part of the reserve include Banksia sessilis, Melaleuca systena, Melaleuca huegelii, Templetonia retusa, Grevillea preissii subsp. preissii, Xanthorrhoea preissii and Spyridium globulossum. 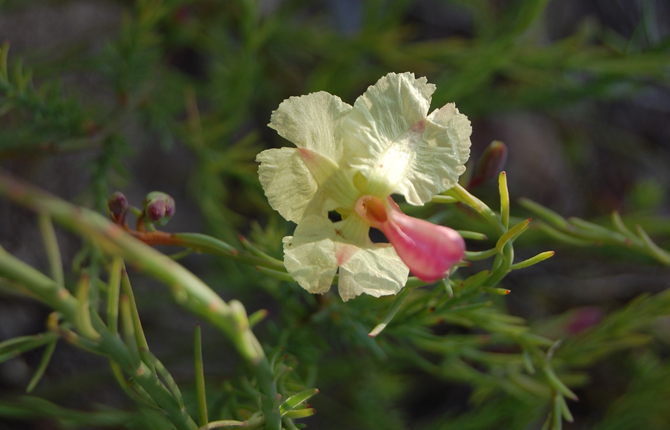 Image: Yellow Leschenaultia (Leschenaultia linarioides) can be seen flowering for most of the year. Photos courtesy to the Quinns Rocks Environmental Group Inc.

Different species can be observed further up along the path.

If left un-managed they might replace the native species and change the structure of the native plant community. One of the introduced plants that flowers profusely after fire is Wild gladiolus (Gladiolus caryophyllaceus). 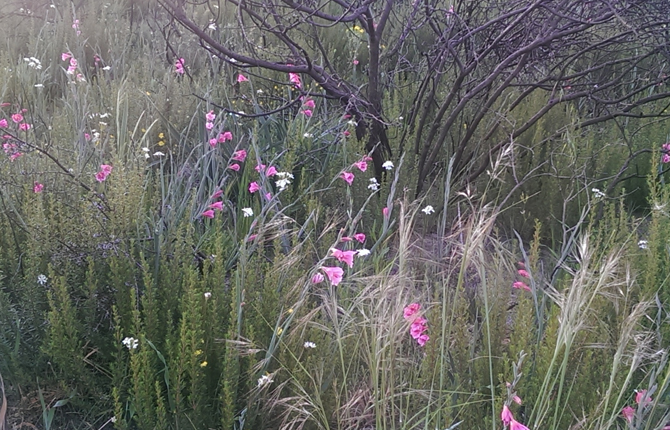 This is the second stop along the ClimateWatch trail. Record any observations of Wild Gladiolus and any of the listed animals. You might also make a note of Native buttercups and Cowslip orchids.