For detailed information, please read on:

Bare limestone or shallow sand over limestone provides the base for the various plant communities found in this area. Vegetation surveys recorded 18 vegetation communities along the Quinns Rocks (south of the dog beach) and Mindarie foreshores. 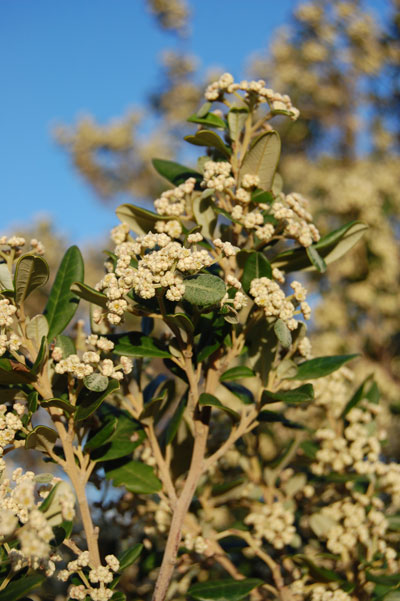 Image: Basket Bush (Spyridium globulosum) is a widespread and common species on secondary and sheltered primary dunes or limestone areas along the coast. It flowers between June and November and its small flowers are pollinated by a variety of smaller insects. Photo courtesy to the Quinns Rocks Environmental Group Inc.

The foreshore bushland provides a home to many native animals, including reptiles, birds and at least one marsupial. Coastal ecosystems of Perth have the richest assemblage of reptiles, supporting greater number of species than any of the inland bushland or Jarrah forest.  The bare sandy areas naturally occurring within coastal vegetation are the prime habitat for these reptiles.

Most represented reptiles are the legless lizards, skinks and elapid snakes. Due to the presence of limestone, the dunal zone is twice as rich as other areas in geckos. 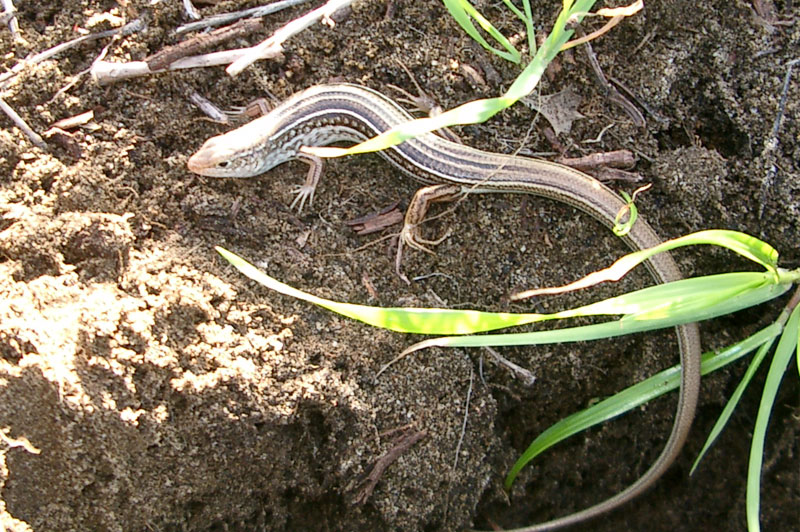 Image: Banded sand snake or Jan's banded snake (Simoselaps bertholdi) is a common burrowing snake. They do not grow larger than 40cm and while venomous, they are considered harmless. Mainly moves at night and during the day they shelter in loose topsoil, leaf litter, rocks, logs and rubbish. ​​​​​​​Photo courtesy to the Quinns Rocks Environmental Group Inc.

Various bird surveys of the coastal areas in the City of Wanneroo recorded a comprehensive list of species, including birds that are now extinct in other parts of the metropolitan coast. Significant species recorded included the White-winged Fairy Wren, White-browed Scrubwren, White-breasted Robin, New Holland Honeyeater and Carnaby’s Black Cockatoo. One bird not listed but observed along the Mindarie foreshore is the Osprey, a fish-eating raptor. For more information about this species, follow the trail. 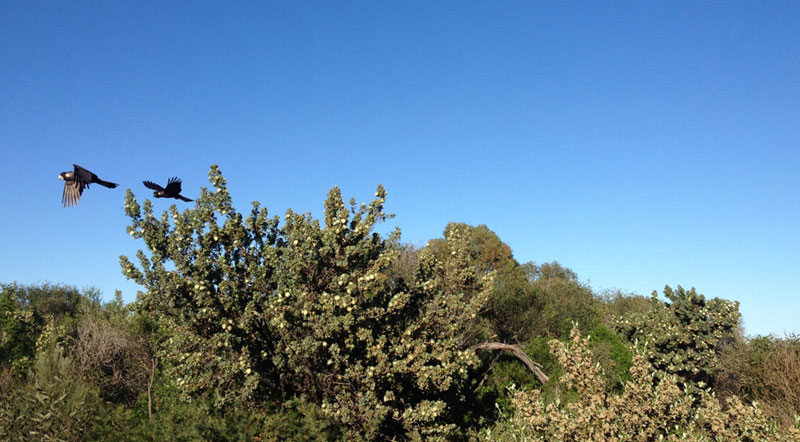 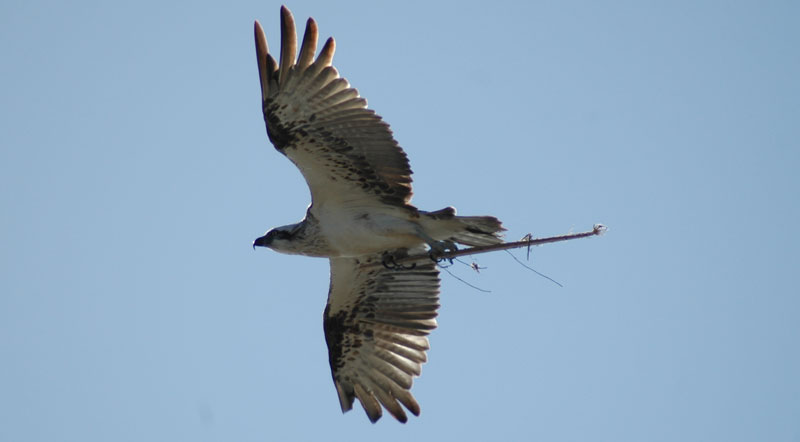 Image: You can contribute to the worldwide monitoring of Ospreys  (Pandion cristatus) by recording your observations via the ‘OSPREY WATCH’ website. ​​​​​​​Photo courtesy to the Quinns Rocks Environmental Group Inc.

Due to the smaller size of the bushland remaining along between Quinns Rocks dog beach and Mindarie marina, larger mammals previously recorded in this area can no longer persist. However, following fox control, the small Quenda has been observed in this coastal area.  The Quenda (Isoodon obesulus fusciventer) is a subspecies of Southern Brown Bandicoot that is only found in southwest of Western Australia.

Quendas are under threat from habitat loss, vehicle strikes, predation from cats, dogs and foxes, drowning in swimming pools and garden ponds and poisoning from snail and rat baits. 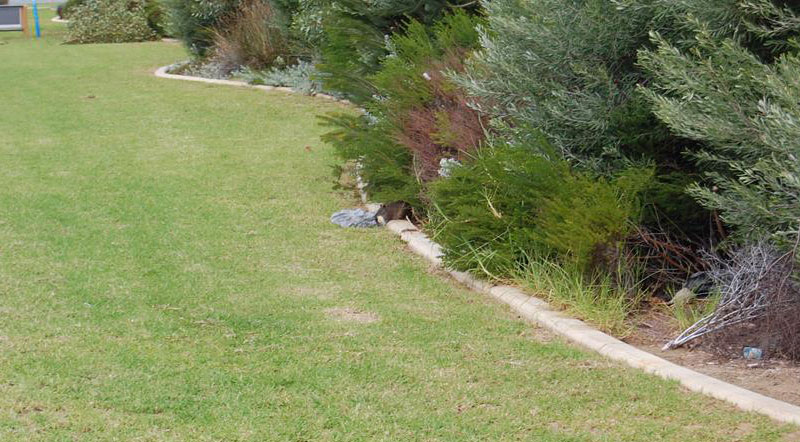 Image: To ensure Quenda continue to live in the Quinns Rocks-Mindarie foreshore bushland, it is important to keep cats indoors, dogs on leashes, swimming pools covered and if your backyard adjoins bushland consider how you use snail and rat baits. ​​​​​​​Photo courtesy to the Quinns Rocks Environmental Group Inc. 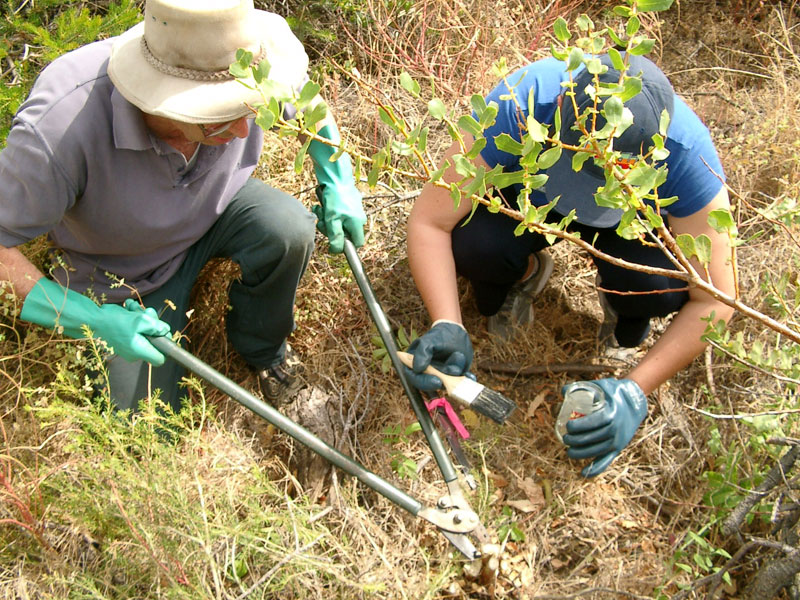 Image: Removal of Japanese Peppertrees (Schinus terebinthifolia), an ornamental tree that can form thickets and smother native plants in bushland. Numerous trees were removed from bushland on the corner of Seaham Drive and Kinsale Drive, Mindarie. ​​​​​​​Photo courtesy to the Quinns Rocks Environmental Group Inc.