The City of Wanneroo has launched a dedicated webpage where all the latest information about our facilities, services and events can be found as the COVID-19 situation unfolds. Click here to find out more

The City’s contractor is now into its tenth month on site and works are progressing well.

There have been small delays due to the requirements of external stakeholders, including the relocation and extension of the Water corporation water main (DN700) adjacent to Cinnabar Drive and the relocation of a number of Water Corporation assets between Graceful Boulevard and Brindabella Parkway. The current practical completion date is the end of April 2020.

This is the longest section of the project which includes four new roundabouts. So far, three have been completed with the roundabout at Cinnabar Drive yet to be constructed.

The intersection of Lagoon Drive and Marmion Avenue is progressing well and the contractor has advised that the ‘left in/left out’ traffic movement for vehicles heading north should be open at Lagoon Drive within two weeks.

The streetlights have been installed and are scheduled to be powered in mid-March. These are the first LED streetlights in the City. Signage and line marking will be carried out by Main Roads WA during March.

Work is continuing with the recent opening of Brindabella Parkway which will provide access to the future Metronet rail station at Alkimos Central.

Once relocated, the contractor will focus on completing the new carriageway along with the eastern portion of the new signal intersection at Graceful Boulevard and Romeo Road, which will be the future connection to the Mitchell Freeway. 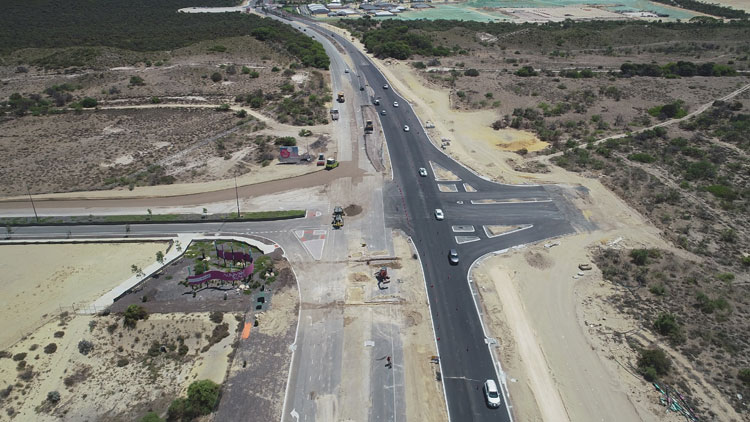 The Water Corporation is in the process of having the water main (DN700) on the west side of Marmion Avenue near Cinnabar Drive extended further north to improve water pressure for its northern users.

As with major infrastructure projects, drivers may experience some delays during peak times and patience and caution is recommended. The City will communicate during times when longer delays are expected and provide advice on sections of road best avoided and alternative routes.

There will be sections where traffic will be diverted onto the new south bound carriageway to incorporate works on the existing northern carriageway and existing intersections. This will occur over March and April at the following locations: 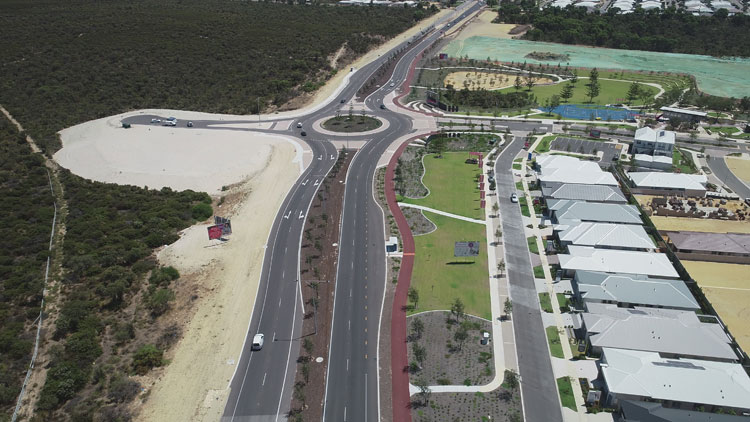