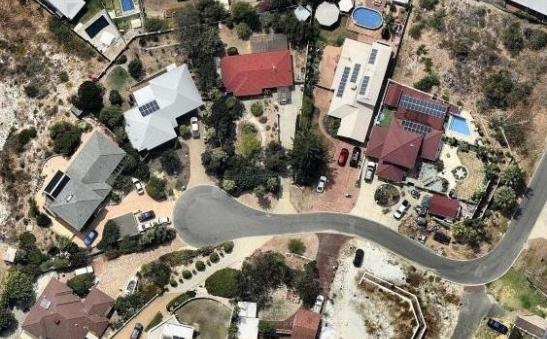 The amendment has removed Old Quinns Rocks as an identified ‘housing precinct’. A copy of the current LPP 3.1 can be viewed here.

Background to the proposed LPP 3.1 amendment

In 2005, the City adopted the City of Wanneroo Local Housing Strategy (LHS), which included recommendations to help facilitate the provision of housing to meet the demands resulting from the City’s strong population growth.

The Strategy identified six ‘housing precincts’ that could potentially accommodate an increase in residential density. The area known as ‘Old Quinns’ was identified as one of the six housing precincts within the City, which would undergo further investigations for potential recoding.

To implement the recommendations of the LHS, the City adopted LPP 3.1.   Due to a lack of deep sewerage being available to Old Quinns, Yanchep and Two Rocks at the time; the City progressed with its investigations into the potential for recoding of the three remaining identified ‘housing precincts’; Girrawheen, Koondoola and Wanneroo.

In 2013, the State Government adopted State Planning Policy 2.6 – State Coastal Planning (SPP 2.6), providing guidance for decision-making within the coastal zone. The adoption of SPP 2.6 triggered the requirement for the City to develop a Coastal Hazard Risk Management and Adaption Plan (CHRMAP). The City completed its CHRMAP in August 2018.

In February 2019, the City commenced investigations into the suitability of progressing with a residential recoding of Old Quinns following the completion of the City’s CHRMAP and the provision of deep sewerage to Old Quinns. Hames Sharley undertook the Old Quinns Rocks Landform and Recoding Study (the Study) on behalf of the City, and investigated a number of recoding options having regard to the unique landform and character of the area, and current State Government policies and strategies.

Following completion of the Study, the City sought advice from the DPLH on the acceptability of residential recoding of the Old Quinns area.

The DPLH confirmed it would be unlikely to support an increase to the residential coding of Old Quinns Rocks as the area does not comply with the State Government’s criteria for increased densities as it is not an identified activity centre, located along a transit corridor, nor is the area situated within or near a station precinct. 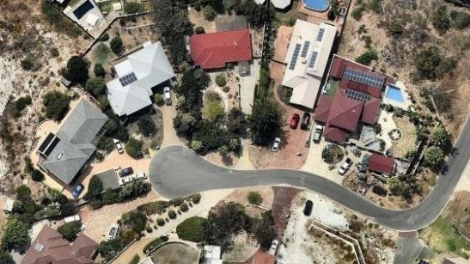 The City of Wanneroo has engaged technical consultants to assess options for recoding housing density in the coastal suburb of Quinns Rocks.

Please refer to the City's Rules of Engagement before submitting a comment.

by Ratepayer, 6 months ago
Took me awhile...but I worked it out... So much fot Tamalla park foreshore..wild life plus coastal sanctuary... Prime sea view realestate ...Save tamalla park before wanneroo council destroy the last coastel wildlife space

by Resident, 8 months ago
We dont need the area to be developed, go move to developed suburbs if you want that, stop trying to just increase the amount of houses so you can get more rates and taxes. I didn't invest and buy in here to live in among a small blocks and hundreds of houses in a street.

by Ratepayer, 9 months ago
We have been waiting 5 very long years for the rezoning to occur in Quinns. It is extremely needed and the area needs to keep up with the other developing suburbs. Please can we get this approved ASAP.

by Resident, 11 months ago
Don't ruin old Quinns with slicing up all these unqiue properties and hilly dune lots... if we let developers in it will ruin the area and uniqueness of this wonderful pocket. Think about all the wildlife that will be affected when all those trees are removed from these lots, the visual impact will also be ruined

by Resident, 12 months ago
2020 is the year that we are to be told the results of the Rezoning investigation for Old Quinns. It's now May 2020, the year is going so fast. Residents have been holding on for so long to hear positive news of this outcome. Come on Shire, in these tough times, please give the residents something to be happy about. We need those results.

by Resident, 12 months ago
I think now is the time to push through the rezone . with the stagnant development over the last 5 years. The over development north and now the covid 19 situation.. Give the long term quinns rocks investors what they have been waiting for..

by Resident, 2 years ago
I am concerned that the council are now potentially only looking to re-code "selected" areas of old quinns to R40 and not the entire area, as depicted in the future planning online maps. This will create pocket areas of newer houses and areas left run down and dilapidated because they can not be developed at all. ALL areas in old quinns should at least be rezoned to R30 with some R40 areas closer to schools and open areas.

by Ratepayer, 2 years ago
City need to realise and allow sub-divided blocks where sites are sloped and have major differences in ground levels some grace to build a retaining wall under neath the building above what they deem max building height. major cut and fill is bad for the environment. The city of stirling allow retaining above the maximum building height and have clear examples to do so! Ive had to cut 1.3m out of my block because my skillion roofed house was going to be overheight 2m of the 50m perimeter of the building, this corner was approximately 6m of both boundarys and had no affect on neighbours.

by Resident, 2 years ago
I am fully in favour of the Quinns re zoning and strongly believe that it should be ALL of Quinns, ,not just parts. Building on sloped sites is not uncommon in this area and the precedent is already set. It can be done very successfully. Our land is sloped

by Ratepayer, 2 years ago
I am in favour of the recoding/rezoning of Old Quinns Rocks. Also, as council would like to retain the character of the suburb will they be reviewing the policy on retaining walls on a case to case basis?. As the very nature of the land scape does require building these walls in some cases so as to retain the landscape.

by Resident, 2 years ago
I am in favour of the re-zoning.

by Employee, 2 years ago
You are invited to raise any questions here, share your ideas or chat online with us or community members.

Subscribe to receive City news including updates on projects.

Use our Project Enquiry online form to contact us directly with any questions or comments.