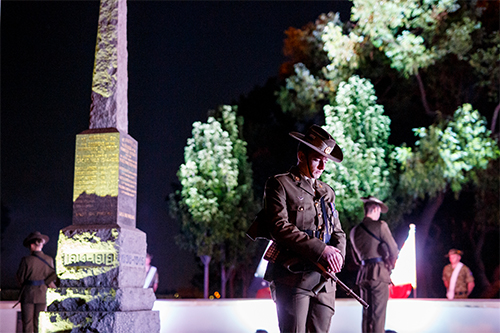 On ANZAC Day we remember the sacrifices of those who fought in the Great War and the wars that followed. We also acknowledge the work of the men and women in the Australian Defence Force who protect us today both here and overseas.

The content below includes images and extracts from WW1 Military Service Records. These have been reproduced with permission from the National Archives of Australia.

The Wanneroo District was far away from Europe but this did not shield the tiny community of 300 people from the ‘War to end all wars’.

Of the 23 men from the Wanneroo men who enlisted in the First World War, nine paid the ultimate sacrifice. Their names are engraved on the War Memorial at Memorial Park on the corner of Civic Drive and Sinagra Street in Wanneroo.

Percy, a Wanneroo farmer, enlisted on 17 March 1916 and served on the Western Front. The 31-year-old man survived the war but died a short time after returning home in 1919. Click below to view wartime documents for Percy John Ainger.

The Bennett brothers were the sons of Lake Pinjar poultry farmers James and Sara Bennet.

Albert enlisted in 1916 and served 3.5 years in France before returning to Australia where he died a short time later at the age of 21.

Click below to view wartime documents for the Bennett brothers.

William was a gardener and the son of Wanneroo pioneers James and Emma Cockman of Cockman House. He was killed at Mouquet Farm, Pozieres, France at the age of 24 years. 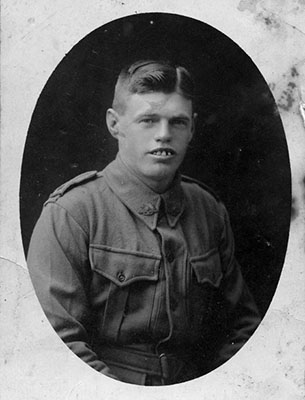 Little is known about this Wanneroo man. It is believed he died at Gallipoli.

Richard was the son of Wanneroo residents Thomas and Elizabeth Smales. The West Perth gardener was killed at Mouquet Farm, Pozieres, France. He was 21-years-old. 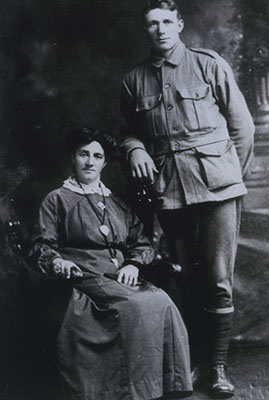 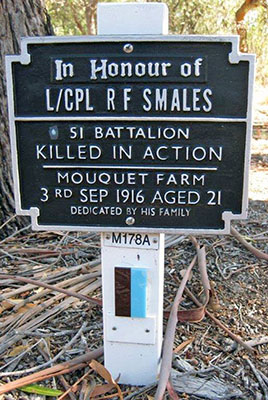 Richard was a farmer who was born in Heidelberg Victoria but enlisted in Wanneroo. He was a prisoner of war when he was struck in the forehead by a shell while assisting a wounded man in France.

Ernest was the son of Henry and Mary-Ann White, the first caretakers of Yanchep Caves and Hunting Lodge. He was 34 years old when he died at Bullecourt France on 6 May 1917.

Click below to view a document regarding Ernest John Dudley White.