The City of Wanneroo has assured local food producers, plant nurseries, and home gardeners that its review of glyphosate herbicide will not affect them. 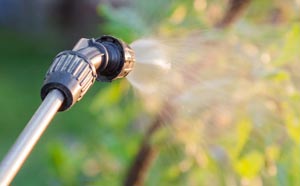 Council unanimously passed a motion at its Tuesday 24 September meeting requesting the City review its use of glyphosate on the land under its management, and find alternatives for its ongoing weed control programs.

Glyphosate herbicide (commonly known as Roundup) forms part of the City’s wider integrated pest management program including scheduled, non-scheduled herbicides, mechanical and manual weed removal. Glyphosate has been used extensively in both commercial and domestic situations for weed control since the mid-1970s.

Mayor Tracey Roberts said the City had no intention of banning private land holders from using glyphosate on their properties.

“I assure all local businesses and residents that any decision by the City to stop using glyphosate on the land it manages would not apply to farmers, market gardeners, nurseries, or home gardeners,” Mayor Roberts said.

“This is an operational review into how the City manages weeds within its parks and open spaces.”

Mayor Roberts said she proposed the motion after the World Health Organisation (WHO) and International Agency Research Cancer (IARC) raised questions about the safety of glyphosate.

The City will consult with key stakeholders during the review which is due to be presented to Council for discussion by March 2020.

The City implements a pest and weed management program that includes using pesticides in accordance with standard requirements and instructions for safety and use as prescribed for specific products in accordance with the Australian Pesticides and Veterinary Medicines Authority (APVMA) guidelines. The APVMA is the National Registration Authority for agricultural and veterinary chemicals

The City’s Pesticide Management Policy is available at wanneroo.wa.gov.au.