City of Wanneroo Council has endorsed a business case for a new North Coast Aquatic and Recreation Centre at Alkimos Central. The City will immediately commence exploring a number of options for aquatic and associated recreation facilities at the site. 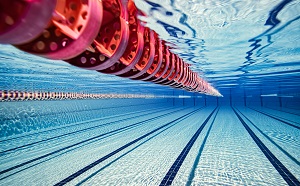 “The new North Coast Aquatic and Recreation Centre will transform Alkimos Central, bringing significant social and economic benefits to the area and surrounding suburbs,” said Wanneroo Mayor Tracey Roberts. “The site will have easy access for the general public through the planned METRONET Alkimos train and bus stations, and via the Mitchell Freeway extension.”

“The construction of a public swimming pool in our northern coastal suburbs has been a high priority for the City for a number of years. In February 2018, Council unanimously carried a Motion on Notice approving the inclusion of an Aquatic and Recreation Centre development in the City’s Advocacy Strategy.

“Swimming is a popular participation sport in the City of Wanneroo, particularly with children. Given the large and fast growing community in our northern growth corridor, the demand for a local swimming facility will continue to increase in the coming years.

“Currently, the only public aquatic facility servicing the City is Wanneroo Aquamotion, which includes a 25 metre indoor lap pool. For many residents, the closest facilities are HBF Arena and Craigie Leisure Centre in the City of Joondalup. The new North Coast Aquatic and Recreation Centre will be ideally placed to meet increased demand and provide greater convenience for residents of our northern coastal suburbs.”

The business case recommends a staged approach to establishing aquatic facilities in the northern growth corridor; first at Alkimos Central and a second facility at Yanchep in the longer term, as Yanchep develops.

Community consultation on the proposed design elements of the new facility will take place in accordance with the City’s Community Engagement Policy. It is anticipated that this will occur later in 2020.