The City of Wanneroo has committed to change energy supply for 32 high energy using sites to 100% renewable within three years, after Council voted to proceed with a new energy contract. 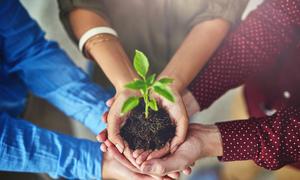 The contract with Synergy was facilitated by WALGA, who have established a three year agreement for the purchase of electricity on behalf of 51 metropolitan and regional local government areas, including the City of Wanneroo.

City of Wanneroo Director Planning and Sustainability Mark Dickson said that the new contract would support the City in reaching its emission reduction targets.

“The City is committed to reducing emissions through its Climate Change Adaptation and Mitigation Strategy and through the WALGA Climate Change Declaration,” he said.

“The uptake of 100% renewable energy supply for high energy using sites that use more than 50 MWh per annum in the 2024/25 financial year will reduce the City’s emissions by 4,813 tonnes of CO2-e.

“The new contract will ensure the City is well on the way towards not only achieving, but exceeding the emission reduction targets set out in the Climate Change Adaptation and Mitigation Strategy.”