The City of Wanneroo will provide support to two community groups and a longstanding hospitality business through lease agreements that were approved at last week’s Council Meeting. 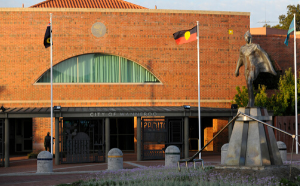 The agreements will enable Scouts WA, the Hepburn Centre (via the Department of Communities) and Orion Café at Yanchep Lagoon to operate on City-owned or managed sites.

Wanneroo Mayor Tracey Roberts said the City was pleased to support the community groups through the provision of the leases.

“Scouts WA, Orion Café and the Hepburn Centre all provide a valuable contribution to our local community,” she said.

“The City has worked closely with the organisations to ensure we can provide each of them with a suitable space, as well as a sense of stability through these new lease agreements.”

Under their new agreement, Scouts WA will lease a portion of City-owned land on Ashley Road in Tapping for a 10-year term, with plans to design and construct a Scout Hall and community facilities using $3 million in State Government funding, subject to the relevant development approvals.

CEO of Scouts WA Sherry Donaldson said she was over the moon with the agreement, after years of searching for a location that would suit Scouts WA’s needs.

“This new facility means the world to Scouts WA and will be great for the local community as well.

“The Carramar Scouts group is one of the largest Scouts groups in the state and having a home to operate out of will allow them to expand even further.

“Our dedicated group leaders have worked incredibly hard to keep this dream alive and the City has been fantastic to work with. I couldn’t ask for a better outcome.”

A new lease agreement will see Orion Café remain at its current City-managed premises at Yanchep Lagoon for a minimum term of five years. The agreement also includes scope for the refurbishment of the facility, with works to be funded by Orion Café and the City. The refurbishments will include an expanded dining area, an improved entry and access area and kitchen renovations.

The third agreement will see the Department of Communities continue their lease of the City-owned site on Highclere Boulevard in Marangaroo until 30 June 2024 to provide for the continued operation of the Hepburn Centre on the site.

“These lease agreements align perfectly with the City’s commitment to creating an inclusive and accessible community and supporting local businesses through the development of places, spaces and facilities that embrace all,” Mayor Roberts said.