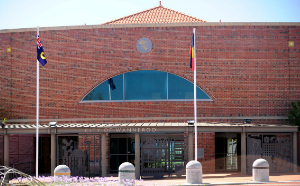 The City of Wanneroo resolved at its Ordinary Meeting of Council on 12 July 2022 to advertise the following proposed Local Law:

The effect is that the Private Property Local Law 2001 is outdated and superseded by subsequent local laws adopted by the City of Wanneroo. The remaining provisions of the local law can be regulated through existing legislation.

A copy of the proposed local law may be inspected at the City of Wanneroo offices at 23 Dundebar Road, Wanneroo during normal office hours. Electronic copies of the Local Law can be downloaded from the City's website.

Submissions about the proposed law (marked for the attention of Governance) can be emailed to enquiries@wanneroo.wa.gov.au, mailed to the Chief Executive Officer, City of wanneroo, Locked Bag 1 WANNEROO WA 6946 or made in person at the City of Wanneroo Civic Centre, 23 Dundebar Road, Wanneroo by 4:00pm on Thursday 8 September 2022.