The City of Wanneroo is reopening a number of community services and facilities in line with Phase 3 of the State Government’s COVID-19 Roadmap to Recovery. Click here to find out more

The rezoning of more than 2,200 hectares of land in East Wanneroo has brought certainty to City of Wanneroo landowners who have been campaigning for change for many years. 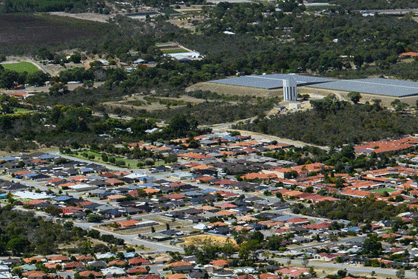 This paves the way for further district level planning to progress, which will facilitate the urbanisation of the area.

The amendment aligns with the State Government’s North-West Sub-Regional Planning Framework, which identifies the area for urban expansion.

The Department of Planning, Lands and Heritage is now preparing a District Structure Plan (DSP) for the East Wanneroo area, and a draft is expected to be released for public comment early next year.

The new DSP will consider the entire East Wanneroo region and will not be limited to land in the amendment.

It is anticipated that once the DSP has been completed, that more amendments to the Metropolitan Region Scheme will be undertaken in order to implement the structure plan.

Mayor Tracey Roberts said the amendment would bring certainty to many landowners and residents in East Wanneroo, and the City would now work with the Department of Planning, Lands and Heritage for the benefit of its growing community.

“Many East Wanneroo landowners have been awaiting the new DSP, which will consider important matters such as the environment, roads, railways, schools, traffic and water,” Mayor Roberts said.

“This will allow more detailed planning, such as local structure planning, to be done in due course.”

More information can be found on the Department of Planning, Lands and Heritage website.