The City of Wanneroo will hold an extraordinary election to fill the mayoral vacancy in September 2022. 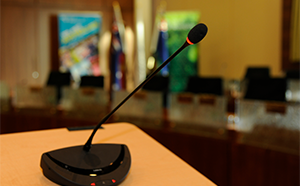 At its June meeting, Wanneroo Council determined the Western Australian Electoral Commission would be engaged to conduct a postal vote, with the election count to occur on Friday, 2 September 2022.

Concurrently, Council requested the City ask the Minister for Local Government to exercise any powers he may have to either:

This week, the Minister advised that an extraordinary election is required in accordance with the Local Government Act 1995. On this basis, the City will proceed with a postal vote in September 2022.

The new mayor’s term will expire in October 2023, when the role is due for re-election as part of the Local Government’s regular election cycle.

To vote in council elections, you must be enrolled on either the State electoral roll (Residents Roll) or the City of Wanneroo Non-resident Owners and Occupiers Roll.

You are automatically enrolled to vote if you are on the State Electoral Roll as at 5pm on Thursday 14 July 2022.

Non-Resident Owner and Occupier enrolment forms can be obtained from the City of Wanneroo and must be lodged with the Chief Executive Officer. For more information, please contact the City on 9405 5000.

All enrolments and updates must be completed and received by 5pm on Thursday, 14 July 2022.

For more information on how to enrol, visit wanneroo.wa.gov.au.