The City of Wanneroo is proud to be a finalist in the 2022 City Nation Place (CNP) Awards, which recognise organisations across the globe for strategic thinking, marketing and design for places. 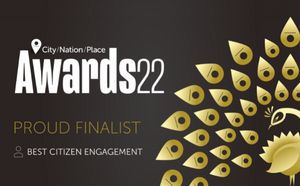 The City has been nominated in the Best Citizen Engagement category for the Alkimos Aquatic and Recreation Centre (AARC) community engagement strategy, and is one of only two Australian organisations to have made the finals.

Wanneroo Mayor Linda Aitken said the nomination was an incredible achievement for the City and a testament to the hard work of the Community Engagement team.

“Community consultation is key to everything we do as a City, and to receive international recognition for our efforts is just fantastic,” Mayor Aitken said.

The winners of the Awards will be announced at the City Nation Place Global conference in London on 10 November 2022.