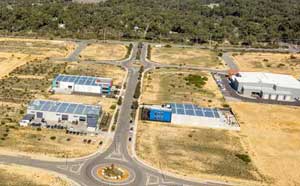 ‘Economy’ is one of the four pillars within the City’s Strategic Community Plan, with the community indicating the City of Wanneroo should aspire to ‘progressive, connected communities that enable economic growth and employment’.

The City’s Economic Development Strategy and Action Plan ‘Strategic Economic Growth’ 2016-2021 was adopted by the Council on 28 June 2016. This sets the direction for local economic development over the next five years. The Strategy aims to support local business and enhance the City’s focus on transformational initiatives to stimulate major investment
(public and private), drive economic growth and diversify our economic base.

With a population of 198,000 it is crucial to create more local jobs for the rapidly growing Wanneroo community.

On average 1,600 new jobs are created within the City each year however with our increasing population we need to be adding another 2,800 jobs annually, which is a significant challenge.

What is Economic Development?

The City is focussed on regional and strategic significant infrastructure and economic development initiatives which enable economic growth and employment opportunities within the community. Ultimately the City is aiming to facilitate the creation of almost 50,000 local jobs to meet the State Government’s 60% employment self-sufficiency target for the region by 2031.

To date, the City’s local economy has organically grown and developed, responding to market forces. Our economy is heavily reliant on the construction, manufacturing and retail industries and predominately serves the local population. While we have seen an increase of 20,000 local jobs over the past 10 years, this has not kept up with the rapid population growth that is forecast to continue over the next 50 years. Our local economy needs to evolve from the provision of mostly population driven employment to a more diverse range of employment opportunities.

Four key challenges need to be addressed in order for the City’s local economy to grow and evolve into a thriving and diverse economy: