The City of Wanneroo Council reaffirmed its commitment to reconciliation by adopting a new Reconciliation Action Plan (RAP) 2023-2025 at its November meeting. 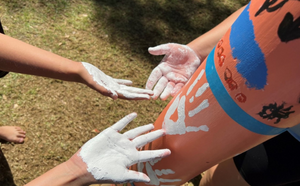 The Plan details the City’s commitment to continuously working towards improving relationships, opportunities and respect between Aboriginal and Torres Strait Islander peoples and other Australians.

Mayor Linda Aitken said the new plan outlined the practical actions the City would take over the next two years to contribute to reconciliation.

“The new RAP builds on the work already undertaken by the City, and the achievements of the previous plan,” Mayor Aitken said.

“These achievements include improved understanding and recognition of Aboriginal culture and histories through programs and projects such as Noongar language and art classes, the installation of interpretive signage in public open spaces and increased Noongar naming of localities and areas across the City.

“We were also incredibly pleased to see an increase in the number of Aboriginal and Torres Strait Islander employees at the City of Wanneroo, exceeding the target set in the previous RAP.

“The new Plan will enable the City to continue to implement reconciliation strategies to deliver meaningful outcomes that lead to positive change in our community.

“I look forward to seeing what we can achieve.”

The RAP was developed in consultation with Ni Kadadjiny Koort, the City’s Aboriginal and Torres Strait Islander Community Reference Group, Reconciliation Australia and the local community.

“I would like to extend my sincere thanks to Ni Kadadjiny Koort, community members, local organisations, Council Members and staff for their valuable contributions to the development of the new Reconciliation Action Plan,” Mayor Aitken said.

Following Council’s endorsement, the RAP 2023-2025 will be submitted to Reconciliation Australia for their final endorsement.

Find out more about the Reconciliation Action Plan 2023-2025.