The efforts of volunteers from the City of Wanneroo’s emergency services were gratefully acknowledged at an appreciation dinner on Friday night.

Capital works program one of City’s biggest ever

One of the largest capital works programs ever undertaken by the City of Wanneroo is a key highlight of Council’s 2016/17 budget and underpins an exciting new era for the City.

There is still time to be part of the City of Wanneroo’s annual winter Community Planting Events, with planting days continuing into July.

An exciting, bold new direction for local economic development in the City of Wanneroo over the next five years has been set out via a new strategy and action plan. 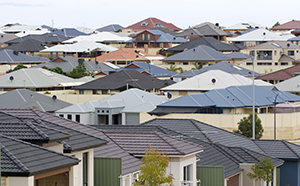 Stair access outside the kiosk at Yanchep Lagoon will be closed for approximately two weeks from Tuesday 5 July to assist with the construction of the Yanchep Surf Life Saving Club.

The time is now: Mayors warn of looming crisis in outer suburbs 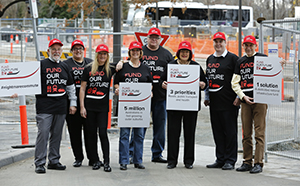 Mayors from outer suburbs around the country have gathered in Canberra to vent their frustration at the piecemeal approach to infrastructure in our great outer suburbs.

The Pearsall community will benefit from a new open space, with the development of Salitage Park.

Improvements to the Yanchep Lagoon foreshore are continuing, with the concept design of the Picnic Cove redevelopment endorsed by Council last night.

The City of Wanneroo community were devastated after the tragic death of Landsdale toddler Sam Trott. Council resolved to construct a nature play area in his honour.