There is welcome news for Yanchep residents with the building of the new Surf Life Saving Club scheduled to restart next week.

Anzac Day is one of Australia's most important national occasions.

The Pearsall Hocking Community Centre has become the heart of neighbourhood activity and will be officially opened next week.

Over 8,000 people flocked to Paloma Park in Marangaroo on Saturday to enjoy Global Beats & Eats presented by LiveLighter.

The City of Wanneroo has scooped the 2017 Local Government Best Practice Award at the Master Builders Housing Excellence Awards in the Construction Excellence category for the second year running.

Round and around we go: City tackles traffic improvements in lead up to Freeway extension

The City of Wanneroo has taken action to address the increased traffic expected in the wake of the Mitchell Freeway extension to Hester Avenue.

National Close the Gap Day is held annually to raise awareness about the health and life expectancy gap between Aboriginal and non-Aboriginal communities in Australia.

The colourful mosaic on the Fisherman’s Hollow amenities block in Yanchep has been restored to its brilliant best, completing refurbishment works on the building. 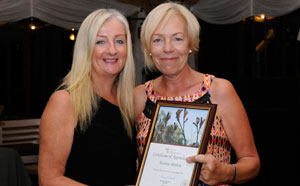 The extraordinary dedication and commitment of conservation and community services volunteers has been acknowledged at a celebratory event hosted by the City of Wanneroo.