Sea wrack (seaweed and seagrass) accumulation in Two Rocks is caused directly by the Two Rocks Marina which interrupts the alongshore movement of both sand and sea wrack. The beach immediately south of the Two Rocks Marina has experienced ongoing sea wrack accumulation since the construction of the marina, particularly during summer months, resulting in issues with beach usability, public safety and odour. This beach area falls outside of the City of Wanneroo managed land boundary, however a Section 91 licence for the use of Crown Land has been obtained to cover the 2021/22 summer period to enable the City to conduct works on this land during this time.

The Department of Transport (DoT) conducted an assessment of wrack accumulation for this location which confirmed excessive wrack accumulation during summer months and identified metocean conditions which resulted in the transport of the deposited wrack back into the ocean and away from the beach. The DoT Two Rocks Summer Wrack Accumulation Study (2020) can be found by clicking below:

In March 2022, the City, in consultation with the Two Rocks Yanchep Residents Association, conducted a Sea Wrack Management Trial which included the following:

Overall, it was concluded that the results of the trials did not justify the ongoing implementation of this methodology for sea wrack removal to the south of the Two Rocks Marina.

This project was partly funded by the State Government via the Department of Planning Lands and Heritage 2021/22 Coastwest Grant.

The City is currently assessing alternative sea wrack management options and will be reaching out to the community for their feedback in the coming months.

Should you have any queries on management of sea wrack accumulation south of the Two Rocks Marina, please contact the City’s Specialist Coastal Engineer, Mr Rory Ellyard, on 9405 5883 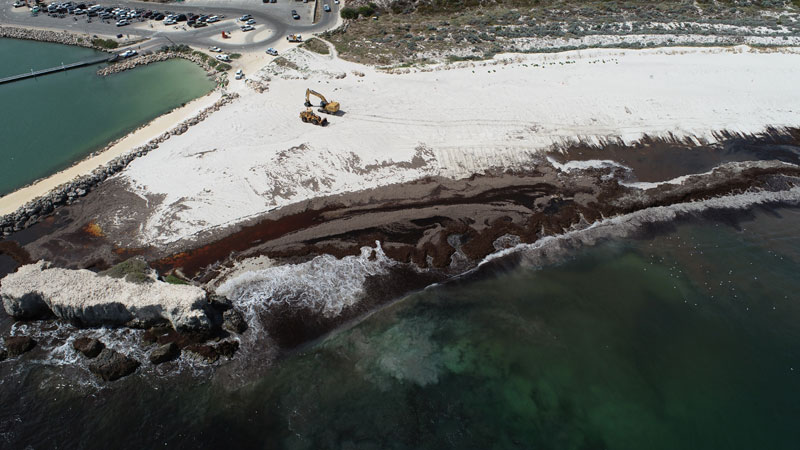